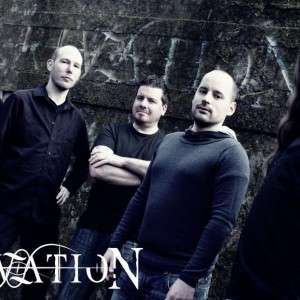 All the music is written by Lars and Marco, and lyrics are written and performed by Marco. All guitars were recorded by Lars, and Tommy took care of the bass guitar. Also some guest solo artists have contributed to various tracks. Mike and Milan joined towards the end of the recording and will therefore feature on the next album. Dark the Winter Frost was recorded in the Embers Studios over a period of 3 months. The mixing and mastering of the album was done by Paul van der Maat (7 Piles of Potty) in Breda, the Netherlands. Embers of Oblivion has set a clear path for itself. The band will release its debut album in April 2015 and after that a promotional tour will start. Embers of Oblivion has members with lots of stage experience and wants to position itself as a live band. As well as performing, the band has planned the recording of their second album in the autumn of 2015. Lots of material has been written already and with its own studio, the band can start recording instantly
.